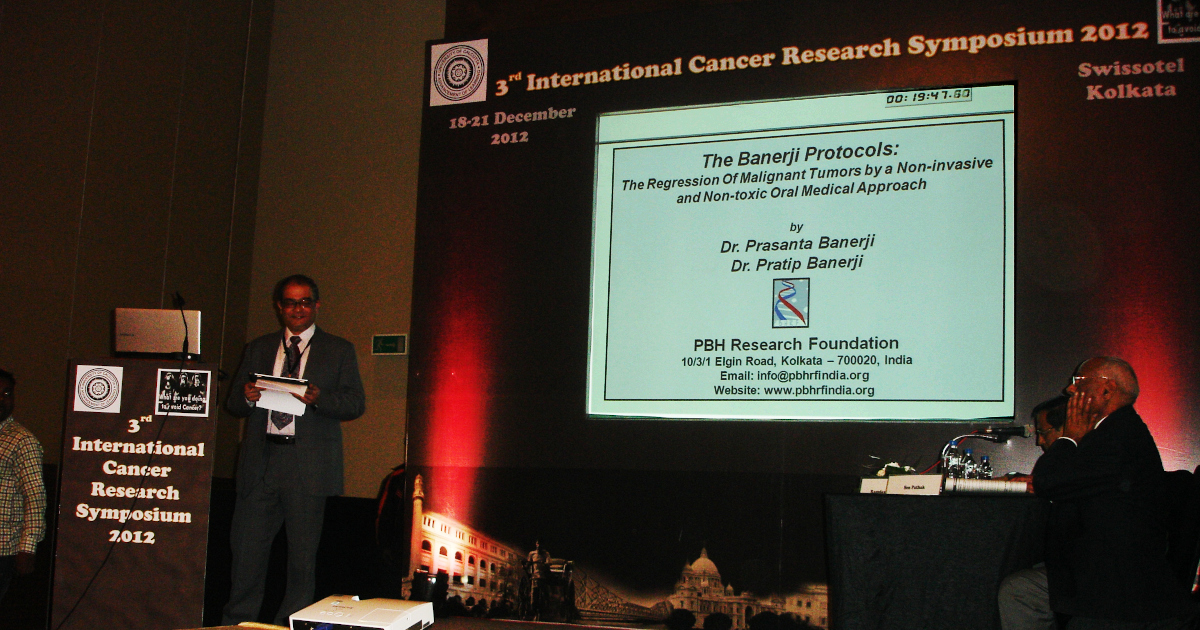 Corfu - It was during the 5th International Conference of Anticancer Research, Corfu, Greece, in the year 1995, they first caught US attention. The global impact was felt immediately after the Banerji’s, the only homeopathic practitioners among 1200 physicians and cancer researchers attending the conference, presented 16 brain tumor regression cases treated with only homeopathic medicines.

The University of Texas MD Anderson Cancer Center in Houston – Dr. Sen Pathak, Prof. of Cell Biology & Genetics, at the University of Texas MD Anderson Cancer Center, Houston, collaborated in this joint research between the PBHRF and the MDACC. The research work is now complete and published. The study entailed an in vitro study with the medicines Ruta 6 and Calcarea Phosphorica 3X showed brilliant results in killing brain cancer cells while activating the normal cells. The paper entitled “Ruta 6 selectively induces cell death in brain cancer cells but proliferation in normal peripheral blood lymphocytes: A novel treatment for human brain cancer” was jointly published with Pathak S, Multani AS, of the Department of Molecular Genetics, M.D. Anderson Cancer Center, Houston, USA., in the October 2003 issue of the International Journal of Oncology.

National Cancer Institute (NIH), US - At present, the world leaders in the field of medical research are the American Universities. These institutions, due to their vast resources, today control all future trends in medical technology. One such mammoth institution is the US government’s National Cancer Institute which launched its Best Case Series Program in 1991 to seek out alternative approaches to cancer treatment and support prospective research projects utilizing therapies identified through this program.

Dr Prasanta Banerji, Founder & Managing Trustee, PBHRF, & Dr Pratip Banerji, Co-founder & Deputy Managing Trustee, PBHRF, submitted their Best Case Series to NCI in March 1998. The Banerji’s put together 14 cases; “not our best cases”, said Dr Pratip Banerji, “but most complete”. It was a retrospective examination of 14 cases involving patients with various malignancies, of which, seven cases were of lung cancer. NCI accepted the series as complete in March 1999, and their presentation to the CAPCAM (Cancer Advisory Panel for Complementary and Alternative Medicine) occurred in July 1999. "Our sole purpose in submitting the Best Case Series was to tread a positive path in the establishment of homeopathy as a well-publicized and effective mode of complementary and alternative medicine treatment," said Dr Prasanta Banerji. This resulted in a first ever tie-up of an US health institution with any branch of alternative medicine for research on cancer treatment.

The letter of agreement, signed with PBHRF by US-based National Cancer Institute’s office of Cancer Complementary and Alternative Medicines (OCCAM) and The National Institute of Health, Maryland, is the world’s first letter of agreement that recognizes the importance of homeopathy in the treatment of lung cancer.

Since then, many such research tie-ups have been carried out and we receive more and more , as results of our treatment are getting a lot of attention in the scientific community.

In the last 8 or 9 years, there has been a great deal of interest and contact from many countries around the world. This began with the use of the Banerji Protocols for the treatment of brain tumors , the details about which were published in the International Journal of Oncology. A number of patients suffering from this dreaded disease  found this paper on the internet and started using it and getting good results.

Even though the PBHRF was set up in 1993, the process aimed at helping homeopathy acquire a scientific basis had begun as early as in 1976. Dr. Prasanta Banerji, the Managing Trustee, who had always been conscious of the need to project the academic and scientific aspects of homeopathy, submitted articles and presented papers at the meetings of the Liga Medicorum Homeopathica Internationalis, Geneva, held at Athens in 1977 and 1988, Hamburg in 1979,

Visitors To & From PBHRF

Drs. Banerji have had many more scientific papers and monographs published, and delivered lectures and presented papers at prestigious international conferences, symposia and seminars in the USA, Canada, Spain, Portugal, Italy, Holland, Turkey, Japan and Brazil.

Read more: Visitors To & From PBHRF

The PBHRF’s routine activities now comprise observational research, collation of collected data, publication of papers in scientific journals, and the dissemination of knowledge.

The Banerji Protocols have been acknowledged by scientists around the world.

After first learning of the Best Case Series Program in November 1996, from Dr. Wayne Jonas MD., the then Director of the NIH’s (National Institutes of Health, USA) Office of Alternative Medicine (OAM), it took Dr. Prasanta Banerji and Dr. Pratip Banerji until March 1998 to submit their cases. After comprehensive scrutiny and many queries, the NCI accepted the series as complete in March 1999, and their presentation to the CAPCAM occurred in July 1999. 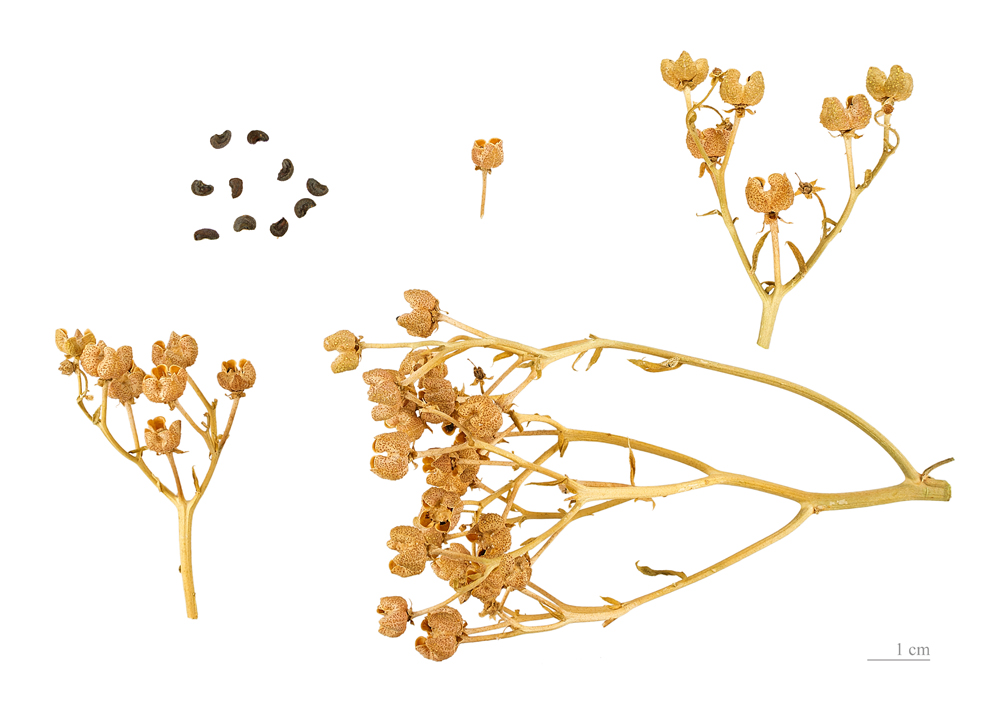 Ruta: This plant has been used medicinally throughout history. The homeopathic remedy made from it is a key treatment for deep aching pain. The plant's sap may irritate the skin. The leaves contain a pungent oil that has a wide range of usage. In the middle ages, Rue was used to ward off the plague. The plant has an extremely potent, noxious smell.

Drs. Prasanta & Pratip Banerji of PBHRF presented a paper on Possible Use of Ultra-Diluted Medicines For Health Problems During Lunar Missions at the Rutgers Symposium on Lunar Settlements.